A Europa league game against Rosenburg approaches for Cork City FC next week. Ahead of this I look at City’s first European match.

On September 13th 1989 Cork City FC graced the European Stage for the first time. The previous season they had finished runners-up to double winners Derry City in the cup. This had booked them a place in a precursor to the modern Europa League, the European Cup winners Cup.

In the hat with City were the likes of Barcelona, Borsussia Dortmund and Celtic. When the draw was made City were paired with Russia’s (or as it was then the Soviet Union) Torpedo Moscow.

Torpedo like City had gained entry following a cup final loss to the league champions Dnepr.

However, unlike their Irish opponents they had enjoyed a long history in European competition starting with a European Cup appearance against Inter Milan in 1966. In fact, they had reached the Cup Winners Cup quarterfinals just 2 years earlier in 1987 bowing out to Bordeaux on away goals. (A Bordeaux that had knocked out Waterford United in an earlier round.)

Financed by the ZIL Company who among other things famously made the Lada car, Torpedo even though not having lifted the league title since the 1960s regularly appeared in Europe.

As communication methods were far more limited than today arranging City’s travel to the Russian capital was quite a challenge.

Eventually through Lee Travel and with the help of an Irish travel agent in Moscow called Liz O’Shea, City were booked into the 6000 bedroomed Hotel Rossia that stood behind Red Square and the Kremlin. 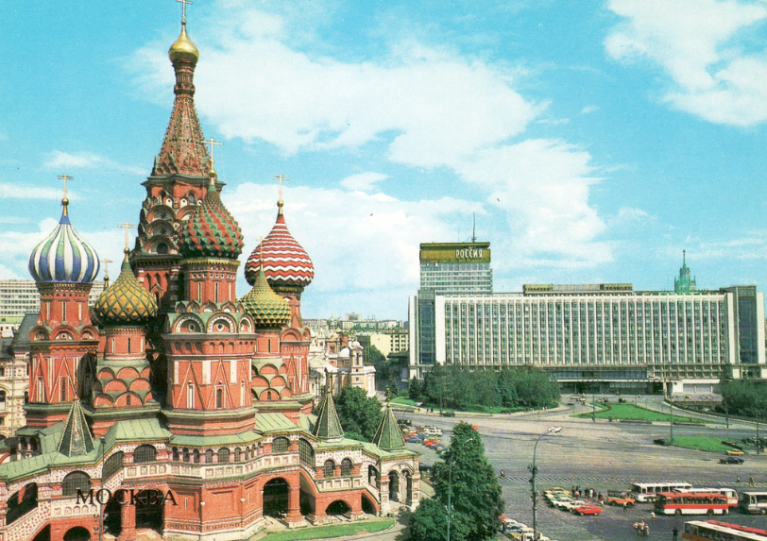 Leaving the Imperial Hotel on a Monday morning the team travelled by bus to Shannon before enjoying a 4 hour flight to Sheremetyevo Airport in Moscow arriving in the hotel at 10pm. Unfortunately (or not) we were still a bit away from Instagram or snapchat documenting that journey.

City had a few injury concerns ahead of the game. Regular goalkeeper Phil Harrington had missed the previous Friday nights league game, a one nil away win at Shamrock Rovers in which the referee famously made City change into their away red jerseys at half time as he had difficulty distinguishing both sides.

18-year-old John Donegan had replaced the experienced Harrington or “Biscuits” in Dalymount Park but the elder Welshman still hoped to be between the posts in Moscow. However, despite travelling, he failed a fitness test so the young Donegan got the nod.

There was also a concern with a flu bug that affected three members of the squad Paul Bannon, Patrsy Freyne and Mick Conroy. In the end, all proved fit enough for City manager Noel O’Mahony to name them in his starting line-up.

In the opposite corner, Torpedo’s manager Yuri Zolotov was able to name a strong 11 including star striker Yuri Sazichev and his twin brother Nikolai. Despite sitting in fifth spot in the league, Moscow had just come off a 2-1 victory over the previously mentioned league champions Dnepr.

City’s captain Liam Murphy would lead out their first line up in Europe. A side which saw Donegan in goal, Paul Bowdren, Noel Healy, Phil long, Paul Bannon in defence. A midfield of Patsy Freyne, Mick Conroy, Cormac Cotter with the front duo of Pat Duggan and John Caufield. 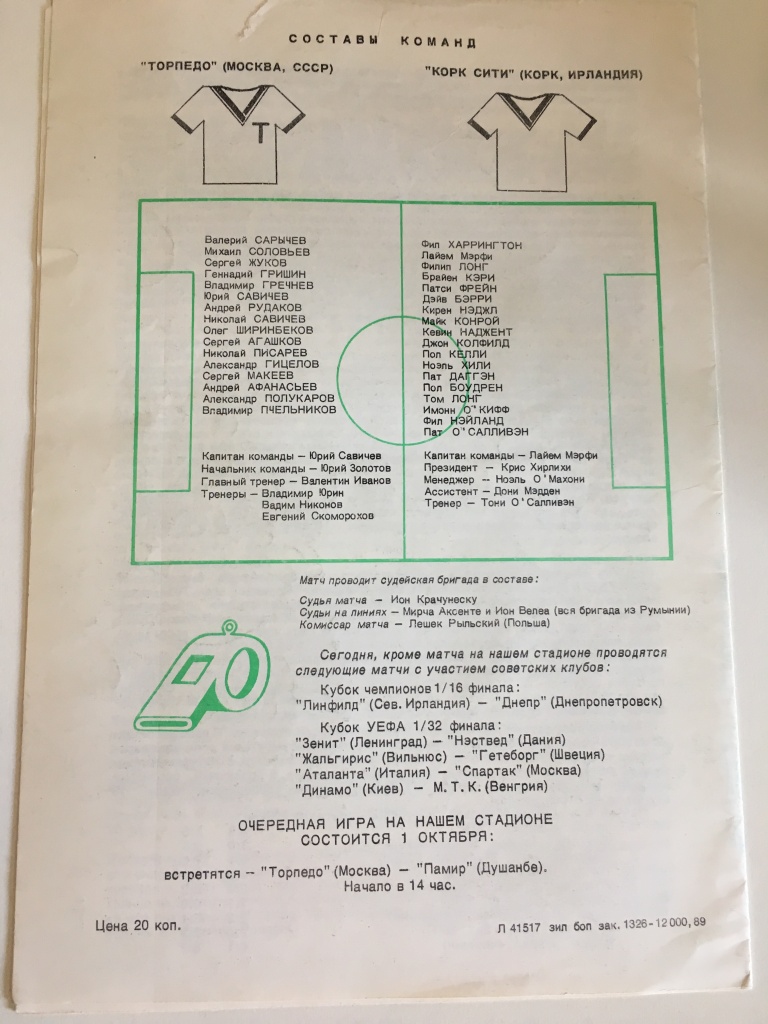 City’s game plan was to contain their opponents who were overwhelming favourites. Donegan even going so far as to say, “Hopefully we will not be humiliated, a low scoring defeat would be ideal to keep the tie alive in Cork.”

For twenty plus minutes City managed to do that with a disciplined defensive performance. They managed the offside trap successfully with Duggan and Caufield closing down Moscow’s attacking full backs.

However on 24 minutes Grechnev finally beat the offside trap and chipped an on rushing Donegan to give the Russians a one nil lead.

Three minutes later Savichev brilliantly controlled the ball inside the box before slotting it low in the far corner to make it 2-0.

Two became 3-0 when on 34 minutes Chugunov slided the ball past an advancing Donegan.

It got worse for City when the young keeper brought down Guitselov in the box on 40 minutes. Grechnev scoring the subsequent penalty to make it four. 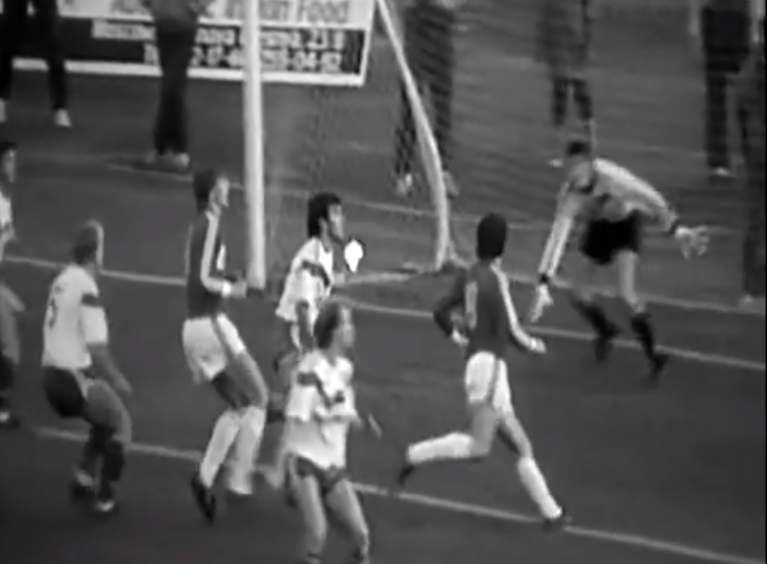 The City dressing room could not have been a happy place at half time but to their credit, they regrouped and started competing with their clearly superior opponents in the second half. Paul Bannon almost scoring on 60 minutes but for a great reflex save from Torpedo’s keeper Sarychev.

However, a failed clearance in the 72nd minute let Afansiev score the fifth and final goal of the game.

City’s first European experience was over and many lessons learnt. Noel O’Mahony saying, “Toperdo were so fit and quick on the ball even our fittest players couldn’t keep up.” 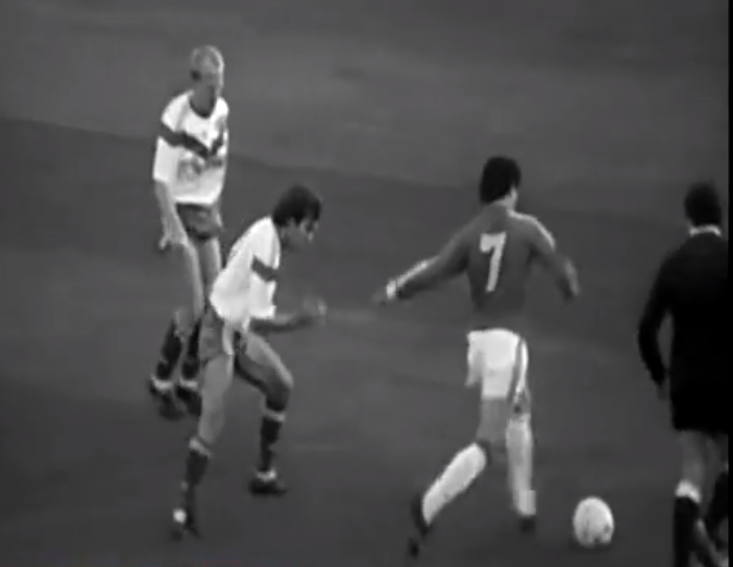 City put up a better performance at home in the 2nd leg but would still go down 1-0 to their Russian opponents.

This was the beginning of City’s story in Europe but as next week’s game against Norway’s Rosenberg shows it was far from the end.