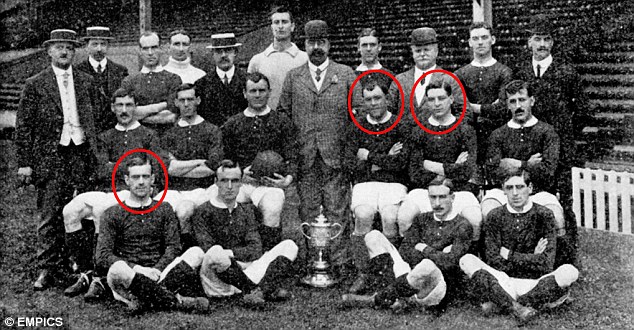 As England continues its “Football Remembers” campaign ahead of this week’s Manchester United V Liverpool fixture, I look at a match-fixing event it probably would like to forget.

Under the shadow of World War 1, the football league was entering an unknown future when Manchester United met Liverpool on Good Friday 1915 in Old Trafford. United were in a relegation battle while Liverpool were playing out a mid table season.

On top of that, both set of player’s careers were now uncertain. It was known that due to the war the league was going to be suspended at the end of the season.

United won the game 2-0 with goals from George Anderson. However, almost immediately questions were raised about the legitimacy of the result. People observed an unusual lack of effort from Liverpool during the game that included a missed penalty. Other evidence was when Liverpool striker Fred Pratham hit the crossbar late on he was berated by players on both sides.

The FA launched an investigation and concluded that 7 players were involved in the deception. United players Sandy Turnbull, Arthur Whalley and Enoch West, together with Liverpool’s Jackie Sheldon, Tom Miller, Bob Pursell and Thomas Fairfoul.

Jackie Sheldon who was an ex-United player was named as the ringleader and all seven were given lifetime bans.

Both George Anderson and Fred Pratham had chosen not to take part in the scam and testified against the others in the investigation. United legend Billy Meredith denied knowledge of the fraud but did question quietly his teammate’s lack of passes.

However, it was agreed that the blame solely lay with the players so no sanctions were issued against the clubs including any point deductions. The 2 points United gained helped them avoid relegation.

Most of the actions were void as the league was suspended and once it resumed all bans except Enoch West’s were lifted in recognition of their service during the war. Sadly, United’s Sandy Turnbull was killed in action during the war.

As the league’s membership increased upon its resumption the relegation issue would also have been void.

The final ban was lifted in 1945 when a 59 year old Enoch West was cleared to play once more.